Your cart is currently empty

Ideal for spaces up to 850 square feet

The rating of this product is 0 out of 5 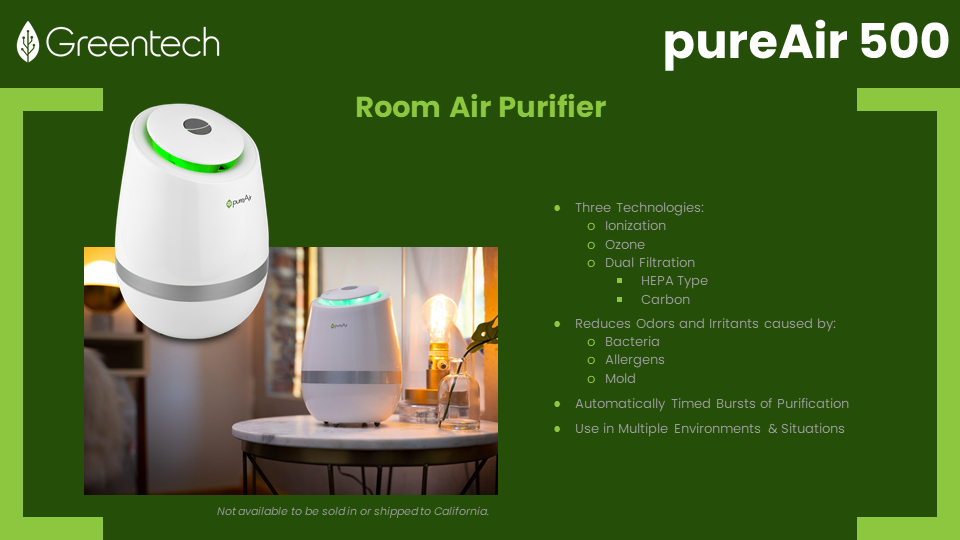 Using advanced technologies including activated oxygen (ozone), ionization, and HEPA carbon filtration, pureAir 500 significantly reduces odors caused by bacteria, mold and mildew, as well as diminishing other odors, including those from pets, cooking, and smoking.

A small, sleek design makes it an elegant addition to any space, and the touch controls allow for simple purification level adjustment. pureAir 500’s operation is just as simple as its design; choose the continuous setting (green) for a constant ionic clean or use the burst setting (blue) with automatically timed activated oxygen to deal with tougher odors. There’s even an away setting (red) that deep cleans the air in your room while you’re out running errands and the space is unoccupied.

Ideal for spaces up to 850 square feet*.

*Based on average ceiling height of 8.5' and open floor plan and/or adjoining rooms for single level dwelling.

This product cannot be shipped to California.